Charlie Sheen was once again front and center of news headlines earlier this week when he announced his HIV positive status during an appearance on the TODAY Show. His brave announcement further brought home the notion that HIV infection is an issue that crosses all social divides and is something that can affect any one of us.

During his interview with Matt Lauer, Sheen admitted he tested positive for HIV four years ago when he sought medical treatment for what he thought was either serious headaches or possibly a brain tumor. He has been receiving treatment since he tested positive in the form of multiple pills a day, however he does not know exactly how he contracted the HIV virus. Sheen’s notable history of drug addition and prostitution has dominated his media coverage in the past and are suspected by many to be what led to Sheen ultimately contracting the HIV virus. Intravenous drug use and engaging in unprotected sex are high-risk behaviors that can easily lead to the transmission of HIV or other sexually transmitted diseases. Anyone, even a high-profile celebrity, is at risk for HIV when they engage in these kinds of risky behaviors.

Sheen hopes that his recent announcement will help encourage others to get tested for HIV and other STDs, and to lessen the stigma associated HIV infection, saying “I have a responsibility now to better myself and to help a lot of other people and hopefully with what we’re doing today others will come forward and say, ‘Thanks, Charlie.” 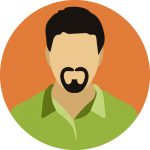 Order your test online or by phone. Our simple process is fast and private.

Visit one of our confidential testing labs. We have over 4000 local locations.

Results are processed in just 24-72 hours. Receive treatment if necessary.

Trustpilot
Trustpilot
Verified STD testing provider by the Centers for Disease Control and Prevention (CDC) on 12/01/2020.
Recognized member of the Better Business Bureau (BBB) since 2015.
Named best STD test provider by Healthline on 03/24/2021.