It’s well known that mosquitoes are carriers for infectious viruses, but can mosquitoes transmit HIV? In this blog, we’ll break down this common misconception about mosquitos and HIV symptoms and answer that question.

Mosquitoes are notorious for spreading more than a few dangerous infections, most notably malaria, West Nile and Zika viruses to mention just a few. Because of the viruses they transmit, mosquitoes kill more people per year than any other insect/animal.

However, while the threat of contracting a dangerous virus from a mosquito is certainly credible; HIV is not one of those viruses. Multiple studies have shown no evidence that mosquitoes can transmit HIV infection, even in countries with high rates of HIV and large unchecked mosquito populations.

Here are a few reasons why mosquitoes cannot transmit HIV from person to person.

HIV is present in the blood in very low concentrations

Mosquitoes are able to spread certain diseases from person to person because these diseases are often circulating at very high levels in human blood. This means that there is a greater chance of the blood being drawn in by the mosquito carrying the virus or disease. However, the HIV virus circulates in extremely low levels in the blood and it is impossible for one mosquito (or any number less than 10 million mosquitoes, according to a Rutgers University study) to carry enough HIV-positive blood to cause a new infection.

Mosquitoes do not pass blood from one host to another

Another common reason people worry about the potential for mosquitoes to transmit HIV comes from a mental comparison between the risk of sharing needles and the needle-like mechanism that mosquitoes use to bite and draw blood. In reality, mosquitoes have a system of six different mouthparts, not one needle-like mechanism. Some of these mouthparts are used to pierce the skin of the person or animal. Two of the mouthparts operate as tubes, with one tube being used to draw blood out of the host and the other being used to inject the mosquito’s saliva into the host. The mosquito’s saliva contains anticoagulants which allows the mosquito to feed more efficiently. No blood that a mosquito has previously ingested makes its way into a host, meaning that a mosquito that draws blood from a person with HIV can not expose another person to that blood. By comparison to the HIV virus, let’s learn about malaria. After incubating in the mosquito, the malaria parasite can migrate to the mosquito’s salivary glands. When a mosquito carrying malaria bites a host, the malaria parasite is transmitted to the host through the mosquito’s saliva. 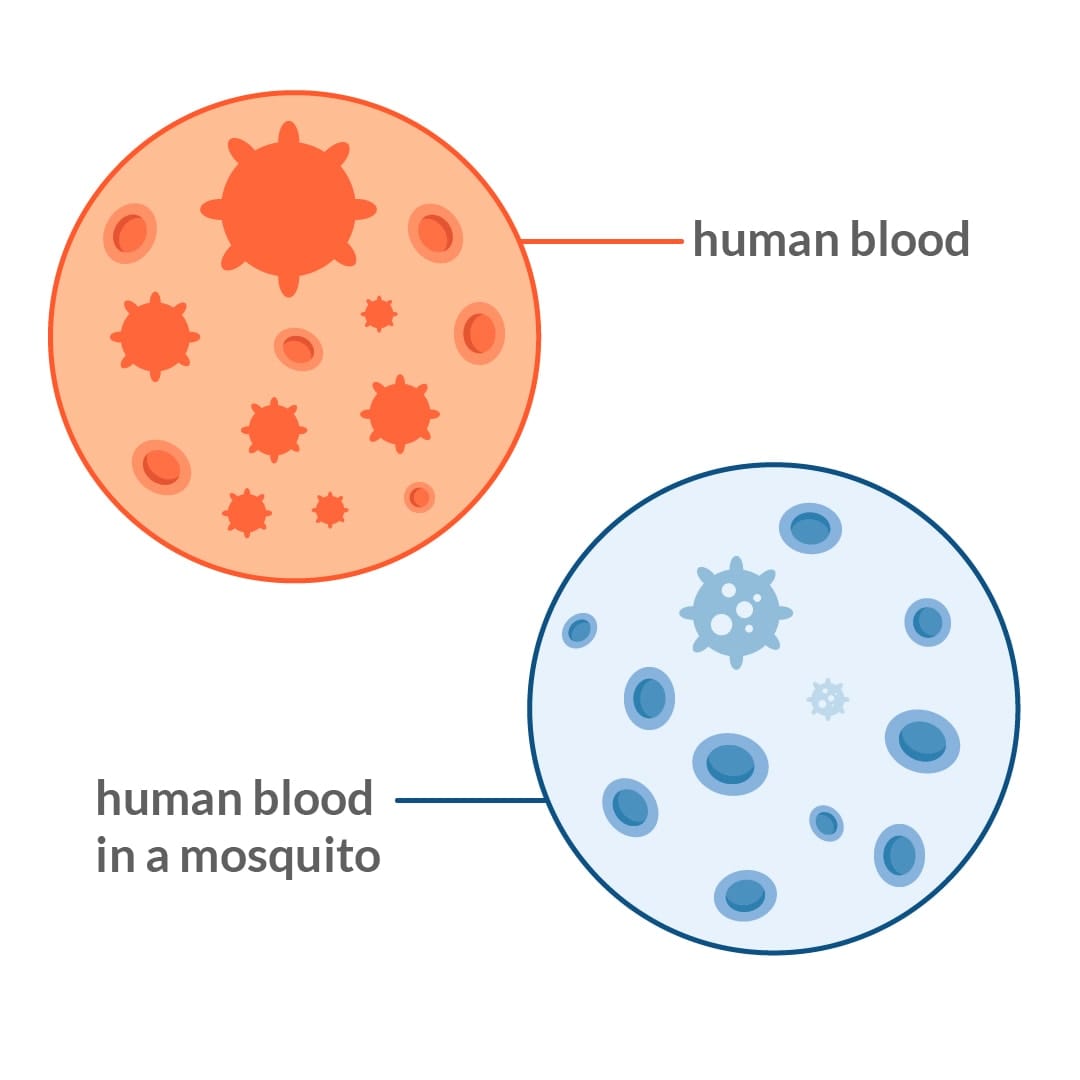 Another reason mosquitoes cannot transmit HIV is that the virus cannot replicate in their bodies. If a mosquito draws blood that contains the HIV virus, the virus is broken down inside the mosquito. The HIV virus requires human T cells to replicate and mosquitoes do not have T cells. This also applies to other insects that draw blood, including fleas, bed bugs and lice. HIV cannot replicate inside these insects so the virus dies.

In short, there are several conditions that must be met in order for HIV transmission to occur:

With these stipulations, the risk of HIV transmission through mosquito bites is largely considered impossible.