How often you should get tested for STDs and STIs is different for everyone and depends on a lot of personal aspects relating to your sex life. In general, getting tested annually is the absolute minimum for sexually active adults, but there are a few exceptions to this rule. In this blog, you’ll find some more specific information based on your age, relationship status and more.

How often should I get tested for STDs if I’m a virgin?

Even if you haven’t had sex yet, it’s a good idea to get tested before you become sexually active. If you’re not a virgin but your partner says they are, it’s still a good idea for them to get tested as well. There are several STDs that can be transmitted in ways other than intercourse, so being a virgin doesn’t necessarily mean you’re STD-free.

How often should I get tested for STDs if I’m not in a relationship?

If you’re not currently sexually active but have been in the past, you should get tested even if you got tested immediately after your last sexual encounter or relationship. Viruses can sometimes take months to show up as a positive result on certain tests. It’s good to be tested after you haven’t been sexually active in a while.

It’s also a good idea to get tested if you’re currently having casual sex with at least one partner. Ideally, you would have gotten tested before having sex with your partner(s), and they would have done the same, but that’s not always the way it happens. Getting tested once a year might be too infrequent if you’re someone who is likely to have more than one new partner in the course of that year, especially if you’re not practicing safer sex while doing so.

How often should I get tested for STDs if I’m in a relationship?

How often should I get tested for STDs if I’m not experiencing symptoms?

Obviously, if you ever experience symptoms of any kind that could be related to an STD, you should get tested right away, regardless of your relationship status. However, just because you don’t experience symptoms doesn’t mean you’re free of STDs. Many STDs and STIs are asymptomatic, meaning you will not experience any kind of symptoms, even though you’ve contracted the infection. 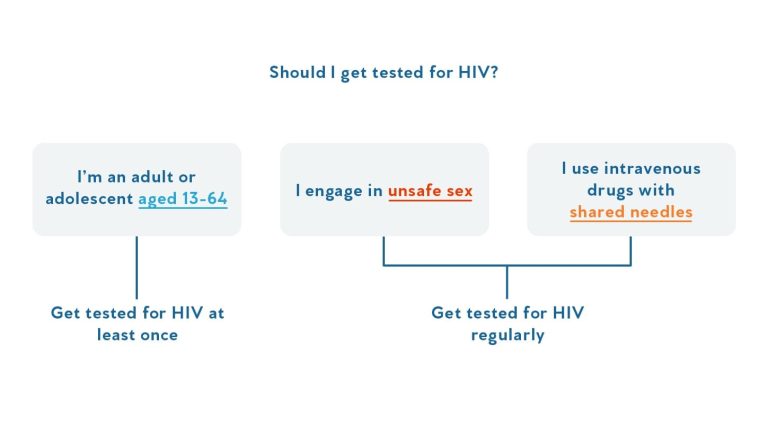 What should I get tested for?

It’s a good idea to get tested for the most common STDs, including chlamydia and gonorrhea, whenever you get tested. If you’re experiencing specific STD symptoms, you may want to disclose that to your doctor or contact at a testing center. A lot of STDs have symptoms that overlap or can be confused for other things so it’s best to get tested for any possible cause of the symptom(s).

Regardless of recommendations based on your age, sexual activity or relationship status, you’re the only one who knows how often you should get tested and how important it is to protect your health and the health of your partners.