Most males–or females–with a sexually transmitted disease (STD) have no symptoms at all. If people do have symptoms during the early stages of an STD, the symptoms may be similar to those of other common viral infections, such as a flu or cold, and may include fever, headaches, body aches and tiredness. Most people experiencing these symptoms wouldn’t assume that they’re the result of an STD. However, there are some more specific symptoms in men that suggest the presence of an STD.

If men have any STD symptoms at all, the most common symptoms are:

Many STD symptoms overlap and may be caused by a number of different infections. The most common symptom men notice when they have an STD is, again, no symptom at all. There are a few, though, that tend to be linked to certain STDs.

Chlamydia is one of the most common STDs in the US: The CDC reported nearly 1.6 million infections in 2016 alone. Chlamydia is caused by a bacterium and is most often asymptomatic in males.

Other possible symptoms of chlamydia in males are:

Possible symptoms of gonorrhea in males are:

Herpes is a common viral infection that can affect the mouth or genitals. The virus is transmitted through direct oral or genital contact with someone who has been infected, which often occurs through sexual contact, though not always.

Herpes symptoms include sores and blisters that usually develop around the mouth or genitals. However, people can have the virus for years without having an outbreak of sores or experiencing any symptoms at all. Moreover, sometimes people can mistake the sores from a herpes outbreak for other skin conditions, such as pimples.

Symptoms that men with herpes may develop include:

Many men and women who contract HIV will experience flu-like symptoms within a few months of infection. Other common symptoms of early HIV infection include:

Syphilis is an increasingly common STD caused by bacteria. Syphilis has four different phases, each with different symptoms. During the first stage, a painless sore develops at the infection site, such as the penis, scrotum or anus. Symptoms of the second stage include a rash that doesn’t itch, fatigue, sore throat, headache or swollen lymph nodes. In the latent stage of syphilis, the symptoms resolve and it may seem like the infection is gone. The fourth stage, called tertiary or late syphilis, can be very serious and cause complications such as heart damage, nervous system damage, joint damage or damage to other parts of the body. Syphilis can even cause death if it reaches the fourth stage.

HPV is the most common STD, and there are more than 150 different strains. The CDC estimates that most men and women will contract at least one strain of the virus at some point in their lifetime. The symptoms of HPV depend on which strain of the virus someone has. Most HPV is asymptomatic. Several strains cause genital warts, and these flesh-colored, painless bumps usually develop on the genitals or around the anus, mouth and throat.

Most people infected with hepatitis B have no symptoms. Other symptoms can include:

Though this post can serve as a brief overview of symptoms to look out for if you’re worried you might have an STD, it’s no substitute for knowing whether you have an infection, and the only way to know that for sure is to get tested regularly. The most important thing to remember is that being asymptomatic does not mean you don’t have an STD.

Medically reviewed by Amy Cyr, MD
Reviewed on November 30, 2022
Find a Lab And
Get Tested Now 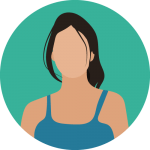 Sara joined the Priority STD team in 2015 as a care counselor and writer, helping provide clear and honest information to our patients. After graduating from Missouri State University with a degree in Psychology, she worked with Planned Parenthood for two years as a counselor and patient advocate. She has seen first hand just how much misinformation and lack of education for safe sexual behavior exists in communities nationwide and strives to change this unfortunate truth any way possible.