One of the few types of sexually transmitted diseases (STDs) includes bacterial STDs and STIs. Among others in the long list of STDs, bacterial STDs are often the most common but usually easier to treat. We all know that microorganisms cause most infections, and various forms of bacteria can cause some of the most common STIs in the United States. Bacteria are single-cell microorganisms that live on and inside people, animals and plants. While bacteria are an essential part of natural processes, an overabundance of harmful bacteria can cause infection. Bacteria are the cause of several sexually transmitted diseases and infections but are normally easy to diagnose, treat and prevent without major complications if caught early. If you suspect that you may have contracted one of these bacterial infections, our STD testing centers offer quick, private and convenient testing options. Here’s a breakdown of what bacterial STDs are, which STDs are caused by bacterial infections and how to prevent complications and the typical options for treatment.

What are Bacterial STDs?

Bacterial STDs are caused by an overgrowth of a particular strand of bacteria which is started by an initial infection. These strands of bacteria include Chlamydia trachomatis, Neisseria gonorrhoeae and Treponema pallidum.

What are bacterial STIs?

The biggest difference between bacterial STIs and STDs is mainly focused on the progression and severity of the bacteria. A bacterial sexually transmitted disease is initiated by a sexually transmitted infection. Once the bacteria progresses in severity, it can develop into a more serious case, which is referred to as a bacterial STD. Another defining difference between STIs and STDs is that STDs cause symptoms, while STIs might not.

There are three common bacterial STDs. Each of these bacterial STDs has its own characteristics, possible symptoms and effects on the body. Luckily, each of these STDs can be treated with either antibiotics or injection. It remains important to stay knowledgeable about the different bacterial STDs, symptoms, testing options and treatment methods to maintain sexual health. 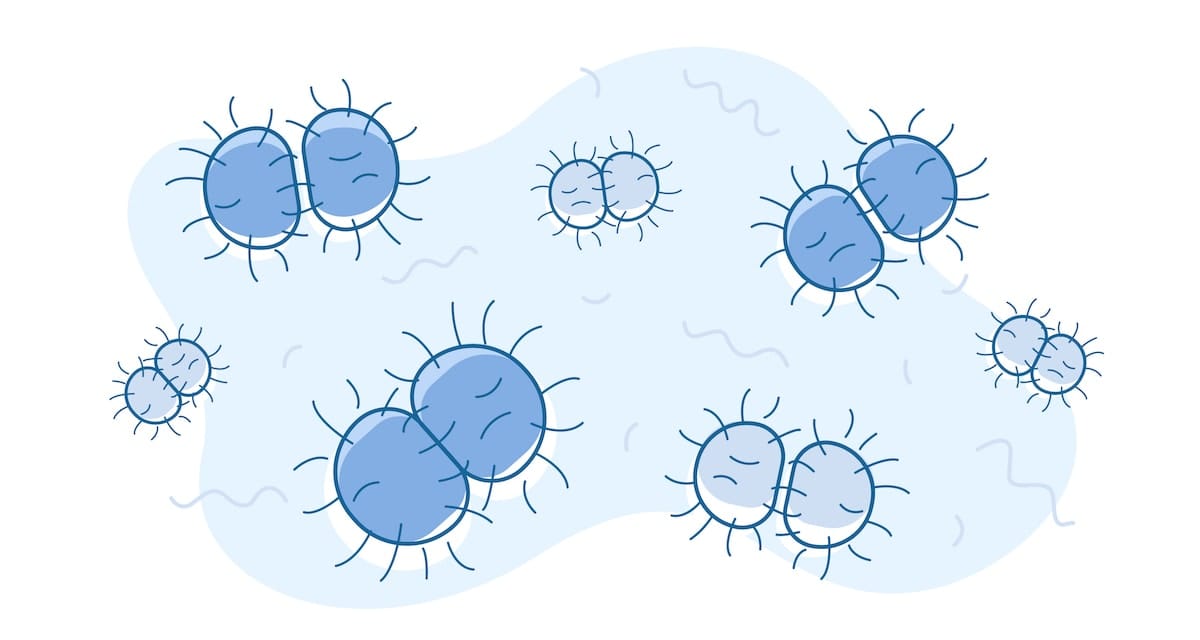 The Most Common Bacterial STD

The bacteria that cause gonorrhea are transmitted through sexual fluids, including semen, pre-cum and vaginal fluids. While practicing safer sex can reduce your risk of transmission or exposure to gonorrhea, the best way to prevent contracting or passing the infection to someone else is to know your status and that of your partner or partners. This is especially important since an overgrowth of Neisseria gonorrhoeae can lead to complications such as pelvic inflammatory disease (PID) and infertility. Gonorrhea testing is the only way of knowing for sure that you are free of this bacterial STD.

If untreated, chlamydia bacteria can cause complications such as PID in women and prostate infection in men. It is also among the STDs that cause infertility if untreated. Again, like gonorrhea, chlamydia symptoms can be mild or nonexistent, so the only way to know for sure if you or your partner has this bacterial STD is to receive chlamydia testing.

Syphilis is a bacterial infection caused by the bacterium Treponema pallidum and is known for its stages of progression including primary, secondary, latent and tertiary. At one point, syphilis infections numbered so low that eradication of the disease was thought to be possible, but infections have been on the rise since 2000. In 2015, there were 74,000 new cases of syphilis bacterial infections reported in the US. That’s a dramatic rise from 6,000 cases in 2000. And in 2018, there were a total of 115,045 reported cases in all stages.

As mentioned above, the reason why bacterial STDs are so common is due to their frequent asymptomatic nature and easy transference. Depending on the bacterial infection, there are specific signs that one might experience if signs do present themselves. However, these indications are often confused with other ailments, such as a urinary tract infection (UTI). However, the only way to tell if you have a UTI or an STD is to get tested. 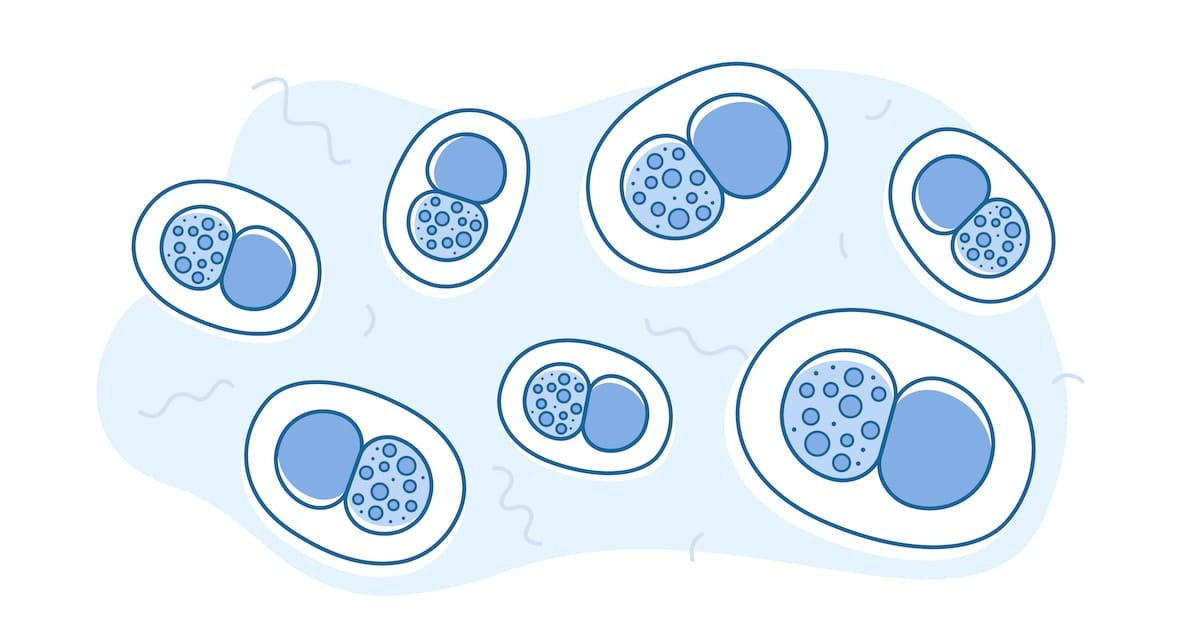 A gonorrhea bacterial infection is often not presented with signs or indications. However, there are some symptoms of gonorrhea that might present themselves. When signs do appear, they can vary on sex. Men may show signs such as painful or sore genitals, burning while urinating or abnormal discharge. On the other hand, women may experience bleeding between periods, burning urination or abnormal discharge. Also, since the rectum can be infected with this bacterial STD, men and women may experience rectal itching or bleeding. Painful or sore bowel movements can be possible as well.

While it is unlikely that a chlamydia bacterial infection would present itself, there are certain symptoms of chlamydia that are characteristic of the disease and significantly similar to signs of a gonorrhea bacterial infection. Both men and women may experience burning urination or abnormal discharge, and men may also develop sore or general pain in the genital area. Since chlamydia bacteria can infect the rectum as well, there may be rectal discharge or bleeding.

A syphilis bacterial infection has quite a different set of indications as opposed to the other bacterial STDs. Symptoms of syphilis throughout its multiple stages start as a small single sore on the penis or other area of the body, transitioning to a bodily rash and warts on the genitals or mouth. This bacterial STD is notorious for its latent stage where it has no symptoms but if untreated can cause nerve damage, joint complications, heart problems and more.

Like any physical ailment, contracting a bacterial STD or STI can be worrying. This concern can often drive misconceptions and slightly construed facts. Because your health should be top priority, clearing the air of these STD myths is an important step to take towards sexual health. By educating yourself on bacterial STDs, prevention methods and testing options, you will be taking the responsible step to keep yourself and your partner healthy. 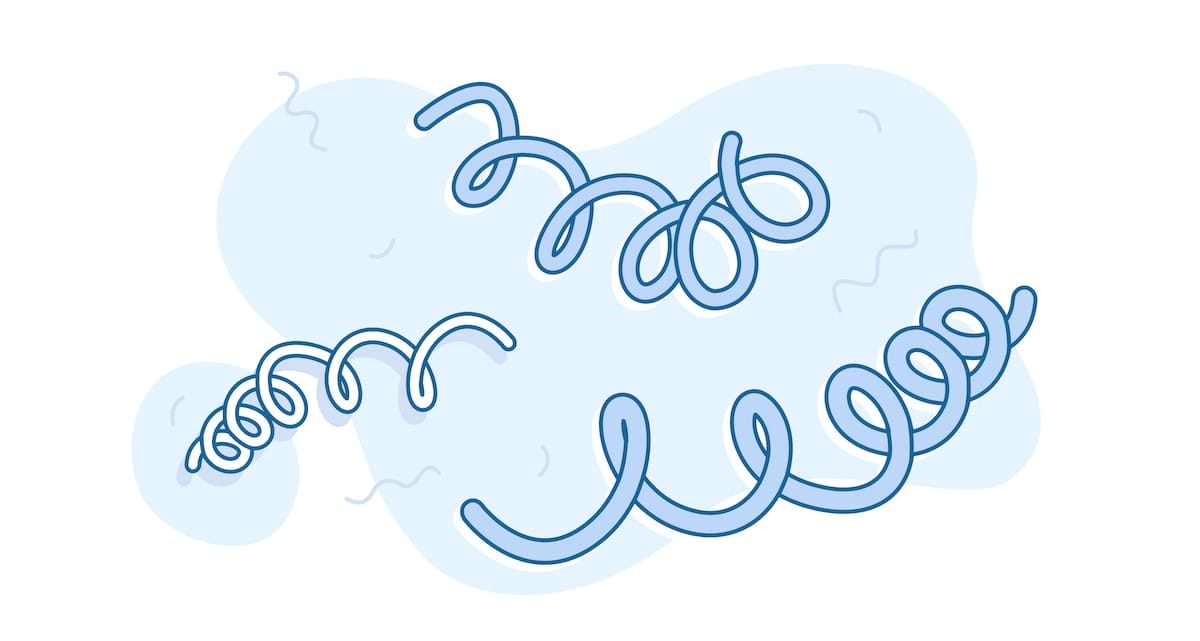 Can you transmit bacterial STDs by kissing?

One of the more common questions regarding bacterial STDs and STIs is if you can contract chlamydia bacteria from giving your significant other a quick peck. This is an understandable point of confusion for many people, especially since kissing is such a widely accepted form of affection. A random sore throat or swollen tonsils would have anyone a bit concerned. However, it is important to consider the methods by which chlamydia bacteria are transmitted. These methods include unprotected vaginal, anal or oral sex. By considering these methods of transmission, a solid conclusion can be drawn as to whether one can get chlamydia from kissing.

Trichomoniasis is a tricky disease in the sense that it is considered a parasitic STD, but is treated with antibiotics much like chlamydia or gonorrhea. Trichomoniasis is caused by a parasitic protozoan Trichomonas vaginalis, which is easily confused with a bacterium due to their microscopic nature. However, since protozoans possess similar cell structures to plants and animals, Trichomonas vaginalis is technically a parasite and not a bacteria. Like bacterial STDs, trichomoniasis testing is important if concerns arise.

With bacterial STDs, there’s no reason to prolong getting tested, because you’re only lengthening your time spent waiting for treatment. Even if you aren’t experiencing symptoms, these infections can be harmful to you and anyone that may become infected as well. Protect your health by getting tested regularly and preventing transmission through safe sex practices.

Can bacterial STDs be cured?

All the aforementioned bacterial STDs can be cured, but only if treated promptly. Due to the nature of bacterial STDs, they can easily develop into more serious conditions that are more difficult to treat and many cause irreversible damage. For this reason, early treatment and preventative methods are always encouraged to keep tabs on your sexual and overall health.

How are bacterial STDs treated?

However, in order to get treated, you need to get tested. When it comes to bacterial STDs, you can get tested for each STD individually or order a test that covers multiple STDs at once. For instance, chlamydia and gonorrhea can be ordered as a twin panel test, or order a 10 panel that covers all of the most common STDs. These types of testing options are not only convenient and cost-effective, but they also help you understand whether you need treatment and which treatment options are right for you.

Preventing STDs that are Bacterial

Granted, bacterial STDs are common, but there are ways to avoid spreading or contracting them. There are a variety of methods that can be used to prevent contracting bacterial STDs including the often unrealistic choice of abstinence, or the more reasonable, yet not always foolproof, usage of barriers such as internal and external condoms and dental dams. This presents the common question of whether condoms prevent STDs. Short answer is: yes, but their effectiveness is limited by coverage and user error.

Testing for an STD Caused by Bacteria

As recommended by the CDC, routine STD testing is essential to maintaining sexual health and preventing the spread of bacterial STDs. There are a variety of different testing options for bacterial STDs, and each option has its positives and negatives including private testing centers vs. at-home testing. The testing methods for bacterial chlamydia and gonorrhea usually involve a simple urine test, while syphilis requires a blood sample. Since bacterial STDs often do not show signs, transmit easily and have the potential for complications, it is important to practice safe sex, use preventative methods and get tested regularly.